Why the need for a Sous Vide Sleeve?
For many years we had the problem of trying to find a good way to insulate our sous vide container. Our ‘least bad’ solution was to use towels to cover the container on the base and around the sides. However as the picture below shows, this is a fairly ugly solution which becomes quite embarrassing when you have guests over for a sous vide feast. 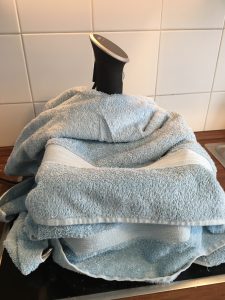 Yes – this is what people used before our Sous Vide Sleeve

We thought that there had to be a better way to insulate a container, so as a result, SO-VIDA was formed and we set about trying to solve the problem…

From the start of the development process, it was clear that the end product would need to strike a balance between insulation properties and good looks. For instance, we considered to make a wrap from metallic Reflectix material which would have provided excellent insulation properties, however this would be a far from pretty solution and additionally it would have been prohibitively expensive to produce.

We therefore decided to use neoprene as the base material which would provide excellent insulation properties and it would also be sleek and attractive. Essentially we had decided to make the ‘Beer Koozie’ for a sous vide container.

We set out to make the sleeve originally for the Rubbermaid 12 Quart Container (a popular choice for many sous vide cooks). We went through several iterations of the product and as you can see from the picture below, the first few iterations left a lot to be desired. 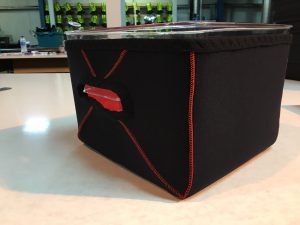 As we progressed through the development process, it became clear that there would be several key elements to creating the best possible sous vide sleeve, these were:

After significant testing and conducting market research with sous vide users, we were able to create a final product which is now the version which we currently sell (see picture below). 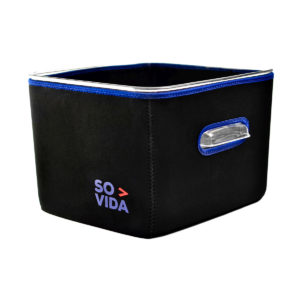 Our first ever Sous Vide Sleeve

After launching the product, we were totally overwhelmed by the positive reaction to the product. The product quickly became one of the top ranked sous vide products on Amazon and we had a lot of people posting their positive pictures for the product as seen below: 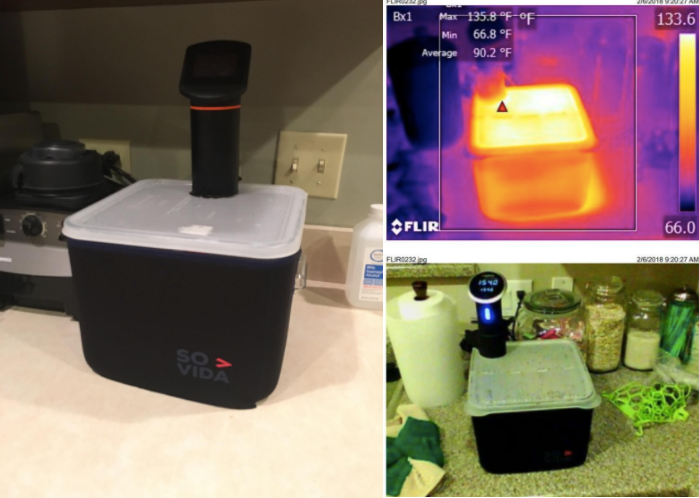 New variations
After this, we set about creating several variations of the product for many of the other containers that people use so that all could benefit from the sleeve. We also created an insulation band for pots so that people who prefer to use a pot rather than a container can also benefit from insulation and work surface protection. 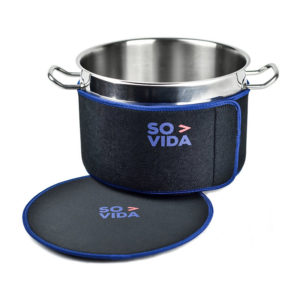 Overall it was tough process to bring this to market, but incredibly rewarding to see the vast number of people who have enjoyed using it. If you would like to buy one, then head over here to grab yours..

Be the first to find out about our latest news and promotions...
SO-VIDA SOCIAL

Be the first to find out about our news and promotions...
Facebook
Email
Instagram
YouTube
close
Start typing to see products you are looking for.
Set your categories menu in Theme Settings -> Header -> Menu -> Mobile menu (categories)